There is a lot to cover when looking for the ideal steel for the perfect kitchen knife you have in mind. Every alloy contributes to the steel’s traits distinctively. Understanding what the alloying elements do is a good way to find the most suitable steel for your culinary needs.

Each steel has a unique chemical composition and properties. Among the knife steels, a standout is the 10Cr15CoMoV stainless steel.

Knife manufacturers praise the 10Cr15CoMoV as one of the best stainless steel. While it’s a strong candidate, knowing if it’s a suitable knife material for you is crucial.

Additionally, some steel companies add up to 0.45% silicon 10Cr15CoMoV for deoxidizing the steel and removing impurities. Still, 10Cr15CoMoV has tiny traces (less than 0.06% in total) of phosphorus and sulfur as impurities.

The alloying elements in any steel’s composition directly affect its properties. For example, carbon greatly contributes to hardening the steel, and chromium enables the steel to resist oxidation.

The numbers in the chemical composition don’t mean much if you’re not a metallurgist. We need to look at the properties of 10Cr15CoMoV to better understand the traits you should expect from a knife forged from it.

The 10Cr15CoMov has an average hardness of 59 to 62 HRc on the Rockwell hardness scale. This level of hardness can be considered hard for any knife steel.

While most 10Cr15CoMoV you’ll find in shops have this range of hardness, it varies. Depending on the heat treatment performed by the knife manufacturer, it can be up to 64 HRC or a little less than 58 HRC. The heat treatment refers to many procedures the steel undergoes to alter its chemical and physical properties.

The steel’s hardness affects many of its properties, and with it, the attributes of the knife change. Here is how the 10Cr15CoMoV perform in other areas.

You can expect solid edge retention from a kitchen knife made from 10Cr15CoMoV. Other alloying elements in addition to carbon, like vanadium, add up to this steel’s wear resistance, allowing it to achieve good edge retention.

Although 10Cr15CoMoV can make you forget about the existence of your whetstone, it isn’t as sharp as the VG-10. This is primarily due to the grain structure of 10CR15CoMoV, which isn’t as fine.

10Cr15CoMoV knife steel resists corrosion incredibly well. Its ability to fend off rusting is one of the main reasons for its popularity.

10Cr15CoMoV steel has more than enough chromium in its composition to classify it as stainless steel. It won’t rust or oxidize as carbon steel potentially might. The kitchen knives made from this will keep their shine continuously.

Caring after the blade is still a must, though. Luckily, 10Cr15CoMoV steel doesn’t demand much in this. Cleaning and drying the blade after use is adequate measures. Read this guide on how to look after your kitchen knives.

The steel’s toughness is a key indicator of durability. It refers to how the steel resists impacts without permanent damage. For example, knife steek with low toughness will chip or even shatter entirely. These are also a sign of brittleness.

The 10Cr15CoMoV has enough manganese to reduce its brittleness. After tempering, 10Cr15CoMoV steel becomes tougher than expected. Tempering is the heat treatment process that relieves internal stress and minimizes excess hardness.

With manganese also reducing its brittleness, 10Cr15CoMoV steel has improved hardness than most steel around the same hardness. So, the general rule that hardness lowers toughness doesn’t apply to 10Cr15CoMoV as much. It’s sufficiently hard and just as resilient to impacts.

10Cr15CoMoV isn’t particularly challenging to sharpen, but it’s not a piece of cake either. This knife steel has good wear resistance and high hardness. These are two things that can make sharpening difficult.

Nonetheless, we can’t say sharpening 10Cr15CoMoV is bothersome. It will take a sharp edge using a proper whetstone. It’s best to sharpen 10Cr15CoMoV steel knives with a coarse whetstone – say 400 or so. You can then polish the blade to remove the burr using a higher grit polishing stone. Check our premium whetstone from here.

Even if you find sharpening a 10Cr15CoMoV kitchen knife demanding to sharpen, bringing back its sharpness won’t be a recurring issue. There is a beneficial balance between its edge retention and sharpening ease.

10Cr15CoMoV steel vs. other steel

We can’t skip making a comparison with similar options when doing a knife steel article. Here is how the 10Cr15CoMov stands against other similar and popular knife steel.

D2 is a common name in the knife industry. It can make an excellent kitchen knife following proper heat treatment. When put side-by-side with 10Cr15CoMoV, some of its qualities are better or worse.

D2 steel can make a better kitchen knife for you if you’re after even more pleasing edge retention. Other than this, most 10Cr15CoMoV outperform their D2 steel counterparts. This goes for corrosion resistance, toughness, and sharpening ease.

However, D2 can be tougher than 10Cr15CoMoV if it’s tempered down to a hardness level of the mid-50s.

10Cr15CoMoV is a better choice for most cooks, whether they are professionals or simply use a knife to prepare dinners at home. D2 steel can make a better knife for those that often slice, potentially for hours at a time.

9Cr18MoV is popular steel for various types of kitchen knives. The 10Cr15CoMoV and 9Cr18MoV have a similar relationship as the AUS-8 and AUS-10 has. One is harder, and the other is tougher, affecting edge retention, wear resistance, and sharpening.

10Cr15CoMoV keeps a sharp edge for longer than 9Cr18MoV, but the latter is more durable. 9Cr18MoV resists corrosion better than the other, but since both are stainless steel, the difference is only minor.

You can think of the 10Cr15CoMoV as a step up from 9Cr18MoV. That said, it makes a better kitchen knife overall.

440C is yet another very popular steel to knifemakers. You can see 440C steel being used for making various knives other than for kitchen use, including outdoor and EDC.

440C and 9Cr18MoV share many similarities. Many of the things discussed between 9Cr18MoV and 10Cr15CoMoV also apply to 440C. 10Cr15CoMoV kitchen knives are more durable and stay sharper.

440C is also more affordable than 10Cr15CoMoV. You can purchase two kitchen knives made from 440C for the price of one 10Cr15CoMoV.

Hopefully, we were able to clarify the questions you had in your mind about 10Cr15CoMoV Chinese knife steel. Many properties of this steel are comparable to VG-10. After all, hearing 10Cr15CoMoV steel being a VG-10 equivalent is a common phrase.

Read more on other knife steel and get more information about everything involving kitchen cutlery from the HDMD Knives Blog.

If hand-crafted kitchen knives with aesthetic looks interest you, be sure to check our handmade products!

Gyuto vs. Santoku: Which One Is Right for You? 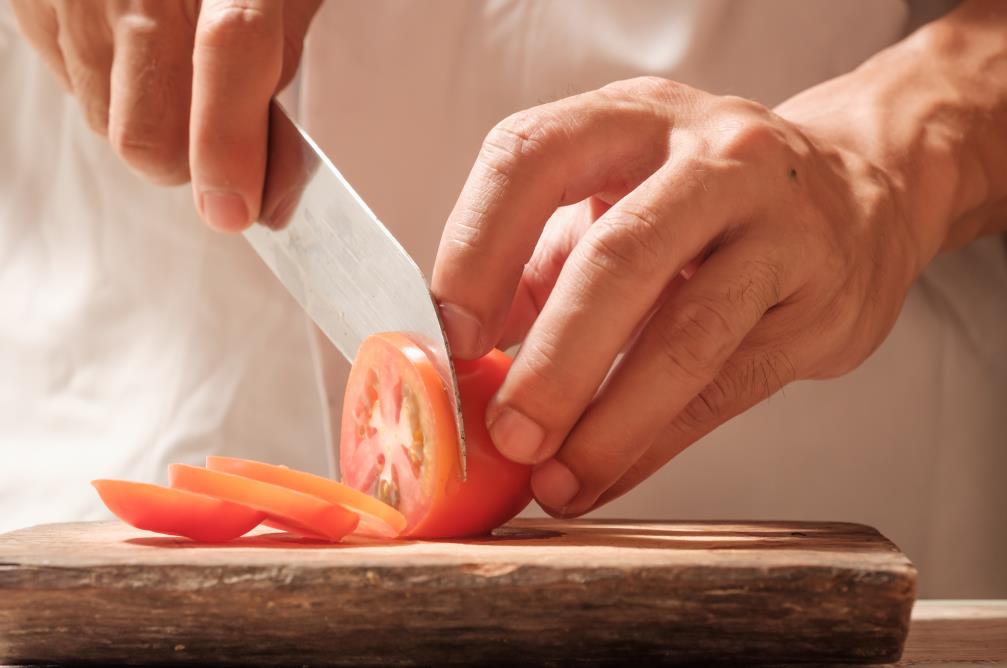